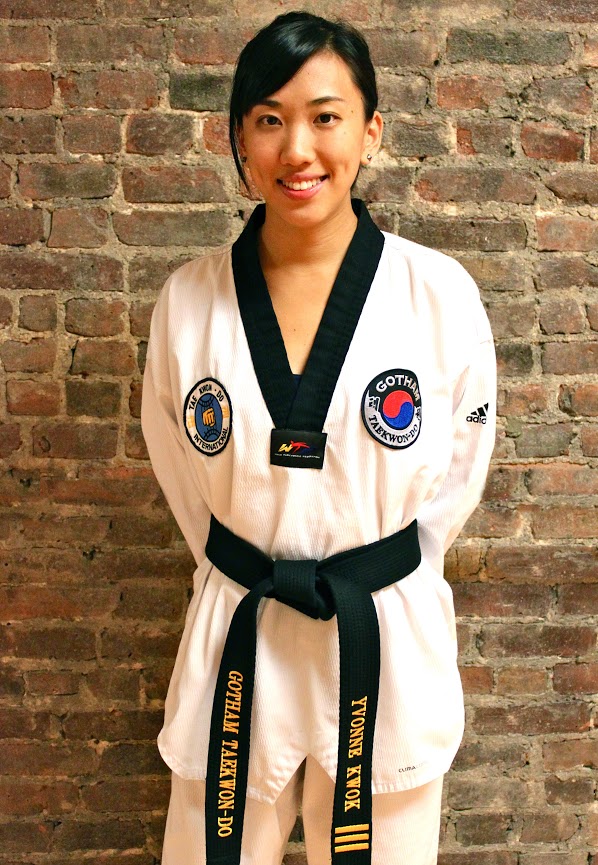 Master Yvonne Yan-Yung Kwok has studied traditional Taekwon-do since 2005. In 2006, Master Kwok began her teaching career under the guidance of her brother, Headmaster William Kwok and her teacher, Grandmaster Suk-Jun Kim, President of Taekwon-do International. Master Kwok believes in the benefits of Taekwon-do in students' physical and mental development and she aims to promote the merits of East Asian culture and martial virtues to her students. Master Kwok has conducted Taekwon-do programs for children in education institutes including Avenues: The World School, and Brooklyn Montessori School.

A Hong Kong native, Master Kwok appreciates and respects her cultural upbringing. She often incorporates the values she learned in her youth and East Asian philosophy into her fun yet firm classes. She believes in the beneficial aspects of martial arts training to children's mental health and growth, both physically and mentally, when taught in an environment that emphasizes traditional values.

As a female in the martial arts industry, Master Kwok aspires to promote the merits of martial arts training to women. She has developed a simple yet effective Women's Self Defense and Fitness program and aims to empower women and help them build a sense of awareness and confidence regardless of their experience in martial arts. Master Kwok also teaches Practical Wing Chun Kung Fu professionally.

Beside martial arts, Master Kwok is an avid visual artist whose focuses are East Asian calligraphy, modern Western abstract painting, and graphic design. She earned a Bachelor of Fine Arts degree from Hunter College and she believes that creativity and thinking critically are essential life skills that can be obtained through art. Besides a wide variety of Western art disciplines, she is also a gifted Chinese calligrapher and has hosted workshops in universities and private institutes. Master Kwok thinks that visual art is a great counterbalance to her martial arts practice. In a multi-cultural city like New York, she has a strong interest in sharing her profound East Asian culture through martial and visual arts, and most importantly, to draw connections between martial arts and visual arts as she has discovered many similarities between the two art forms.

In-Person group and private lessons are available for children and adults, please contact us.